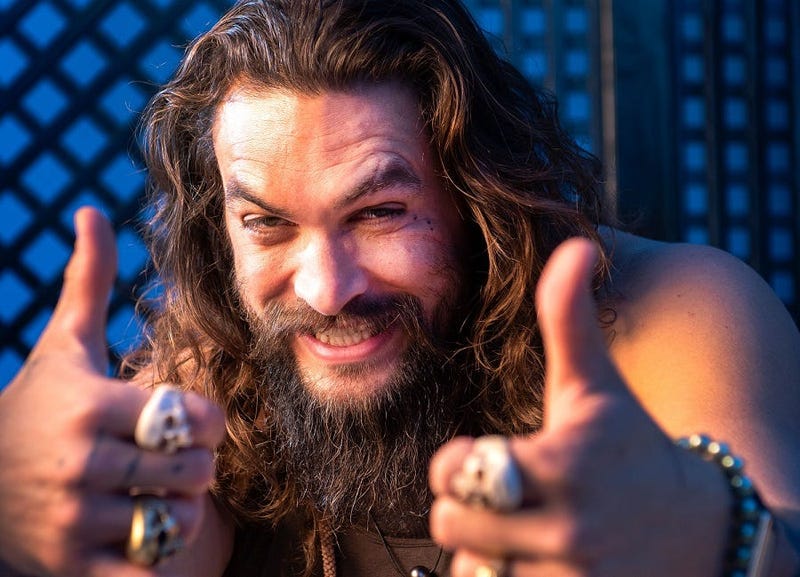 Just when you thought Girl Scout Cookies couldn't get any better, a shirtless photo of Aquaman himself makes it even better.

Fifth-grader, Charlotte Holmberg, saw sales of her Girl Scout cookies 'sky-rocket' after putting a photo of shirtless Jason Momoa on her boxes.

Samoas are among the top-selling Girl Scout cookies each season but one smart Girl Scout found a unique way to sell even more boxes of the popular treat by adding a shirtless photo of Jason Momoa.

Charlotte Holmberg, a Girl Scout from Highlands Ranch, Colorado, sold more than 2,000 boxes in 2018. And now she is upping the ante in the best way possible.

And of course, people are loving this as much as I am.

@girlscouts Please tell me this is a real thing! If so, I’ll take a whole case! 😍🤤😂 I’d order a truck load if #jasonmamoa delivers it in person! #cookies #mamoa #drooling pic.twitter.com/E73hf2XU0J

Jason Momoa has yet to comment on the cookies, but I'm sure when he does, it's going to be epic!

While I'm not a fan of coconut, excuse me while I go try to find every box ever made!