Prince George, Princess Charlotte, and Prince Louis enjoyed a night on the town.

Mom Kate Middleton and dad Prince William treated the youngest royals to a pantomime performance at the London Palladium. The show on Friday, titled “Pantoland at The Palladium,” embraced strict COVID-19 safety measures. 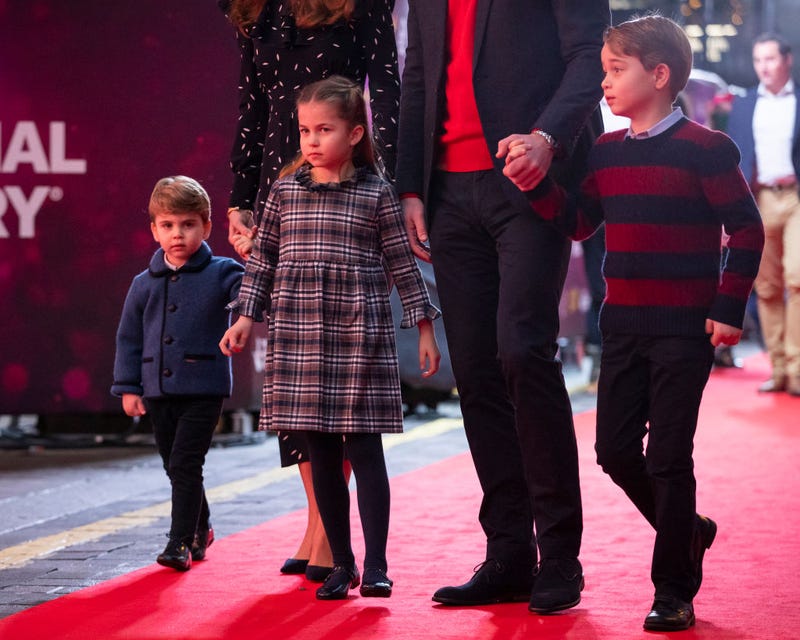 Pantomimes are a holiday tradition in Britain. Town and Country reports a young Queen Elizabeth and her sister Princess Margaret would often partake in the traditional comedic, musical performance at Windsor Castle during WWII.

However, her great grandchildren were strictly in attendance. As they arrived at the show, they were greeted by jugglers and elves. George, 7, and Charlotte, 5, were on their best behavior as they held Williams' hand and walked their first red carpet.

As the Cambridge family arrived, they were greeted by jugglers & elves from @LondonPalladium Pantoland show. Kate is wearing a gorgeous (& v festive🌲)Alessandra Rich dress. Love how confident Louis is! pic.twitter.com/rbkWEkLWUg

George wore a red and blue sweater, while William donned a red sweater with a navy blazer over it.

People reports that Prince William gave a speech inside.

“It’s wonderful to be back here in the West End and see theatres reopening their doors,” William said. "Catherine, George, Charlotte, Louis and I are all really looking forward to the show,” he added. 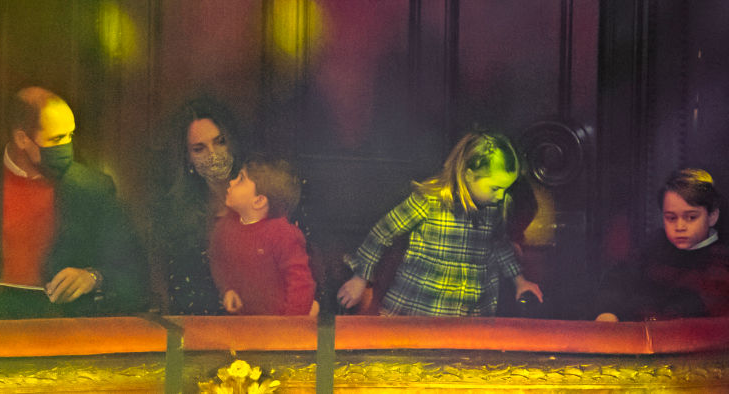 The couple reportedly wore masks as they sat with their children in the Royal Box.

They also greeted essential workers who were guests of honor at the charity show. Among the honored guests were National Health Service frontline workers, staff from the Metropolitan Police Service, London Ambulance Service, the military, the teaching profession, refuse collectors, delivery drivers and key retail workers.

"You have given your absolute all this year, and made remarkable sacrifices. So too have your families, who I’m sure have seen far less of you than they would have liked. It’s lovely that you are all here together tonight. You are representative of the huge number of people across the U.K. who have stepped forward to make a difference this year in so many crucial ways. The country owes you a huge debt of gratitude,” he said, per the outlet. 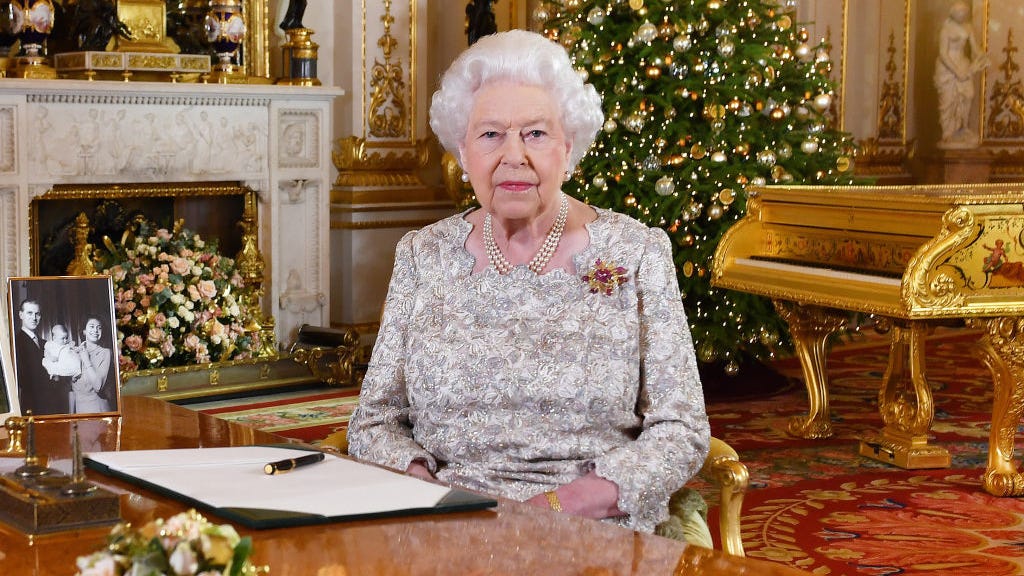 What's on the menu for Christmas dinner with the royal family?

The holidays are going to look a bit different this year due to the pandemic. Queen Elizabeth and the Duke of Edinburgh will spend their time at Windsor Castle instead of Sandringham House this year.