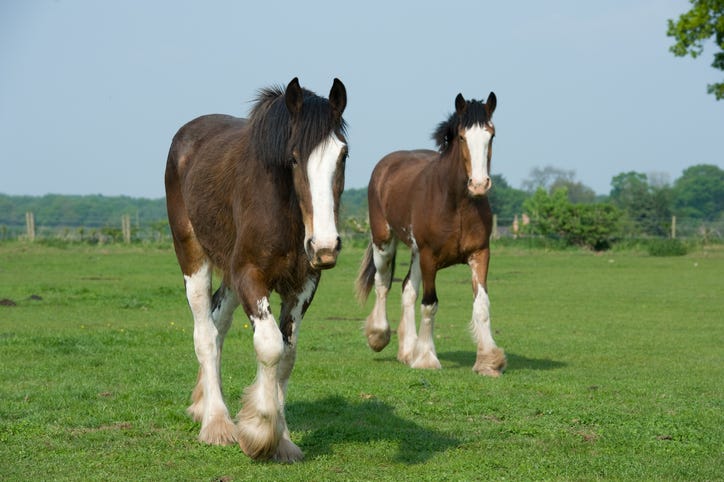 For the first time in 37 years, Budweiser won't have a Super Bowl commercial, but you may see something that looks a LOT like a Budweiser ad.

Sam Adams is taking advantage of their absence by "stealing" their world-famous Clydesdale horses to hype their Wicked Hazy IPA.

In the commercial, someone unhitches the Clydesdales from their wagon, and they commence to wreak havoc on the streets.  The culprit turns out to be Sam Adams' new pitchman, "Your Cousin from Boston".

Budweiser has been using the Clydesdales since 1975. They've appeared in more than 40 Super Bowl commercials over the years.

The ad will air locally in New York and Boston, but they couldn't purchase a NATIONAL ad because . . . interesting fact . . . Anheuser-Busch has the exclusive rights to air national beer ads during the Super Bowl.

And again, while Anheuser-Busch says they won't air ads for Budweiser, they DO have a whole slew of ads for their other brands, like Bud Light and Michelob Ultra.