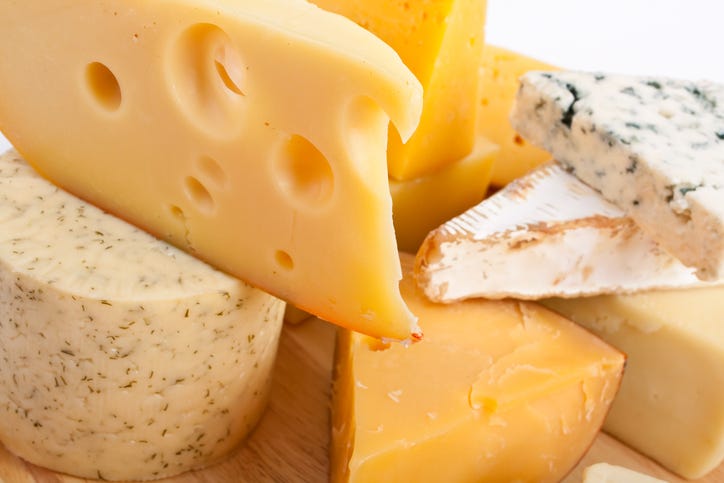 According to a recent article on Wired.com, the latest word is . . . cheese is NOT BAD for you after all.

There have been several recent major studies in the past decade that found cheese got an unfair reputation because of the misguided anti-fat guidelines in the '80s and '90s.

Those studies found that what REALLY makes you gain weight are things like refined grains, potatoes, and processed meats . . . cheese didn't cause people to gain weight, and sometimes it even helped people LOSE fat.

The dean of the Tufts School of Nutrition Science in Massachusetts says, quote, "There's almost no evidence cheese causes weight gain, and in fact, there's evidence that it's neutral at worst.

"There's no evidence that cheese is linked to cardiovascular disease, and in some studies, it's even a little bit associated with lower risk.  And then, for diabetes, again, it's at worst neutral, and maybe protective."